The Top 3 Emerging Industries in Need of Brand Designers 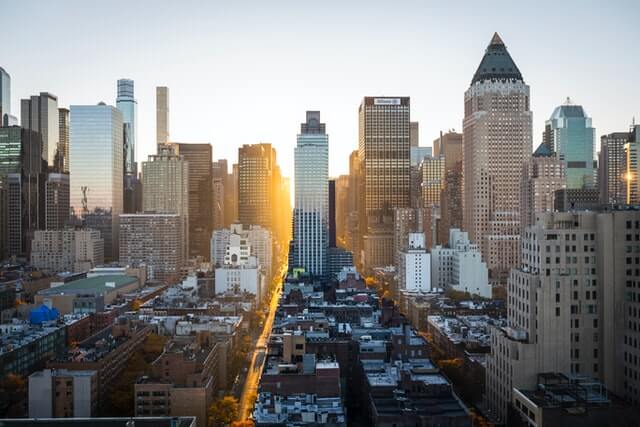 Over the past year and into this new decade, there has been a shift in the way brands produce their products, engage with their audiences, and market themselves to the public.

Where society once valued the titans of industry — whose profits towered their ethics — we see the new giants (ex. Facebook, Google, Apple, etc.) being held accountable for their actions economically and politically.

This realignment of purpose and morality not only shapes business functions but also transforms the visual imagery of a company. Logos appear simpler and softer. Taglines and slogans reflect acceptance and tolerance. Packaging becomes more ambiguous to the actual product. These are proponents of brilliant design and strategy.

We’ll analyze three industries experiencing incredible growth, why they are at an all-time high, and where freelance designers and branding agencies can contribute over the next two to five years.

The retail market for marijuana is booming. The legal market, that is.

With 11 states legalizing the drug for recreational use and 33 legalizing it for medical use, entrepreneurs are looking to capitalize.

With shows like Weeds and blockbuster movies such as Pineapple Express, the cannabis industry continues to shed its social stigma. According to the Pew Research Center, two-thirds of Americans believe the use of marijuana should be legal. Public perception has positively increased over the past decade with U.S. opposition to legalization falling from 52% in 2010 to 32% today.

The surge of cannabidiol (CBD for short) — particularly in high-end lifestyle products — has been astronomical.

Cannabidiol (CBD) is the non-psychoactive “cousin” of THC, the chemical found in the marijuana plant. CBD has taken over the industry because of its spread from mostly head shops to natural food stores, beauty products, cafes, and even doctor’s offices.

Driven by many health benefits from anti-inflammatory properties to treatments for patients suffering from seizures, CBD oil products are anticipated to grow as the wellness trend continues to be in demand.

CBD does not contain the psychoactive ingredient (THC) which causes users to feel a “high”, instead claiming health benefits from easing anxiety to relieving pain.

With these benefits coupled with the legalization of the parent plant across the U.S and countries abroad, public perception is turning to a positive outlook. In states like California, dispensaries are growing like weeds (pun very much intended).

When thinking about design in 2020, cannabis and CBD based companies are becoming mainstream. They are evolving their visual assets to reflect premium product offerings and compete in the market.

Here, quality packaging and branding are required. With most companies, CBD as an ingredient is not leading visually, so designers will need to be creative and original in how they approach each project.

Another noticeable trend in the space is stepping away from the traditional green color and plant-based designs. Instead, we are seeing companies step towards a much more feminine aesthetic, with the use of pink colors, peach shades, and floral designs to target women consumers.

Online gaming has transformed into a spectator sport.

Expected to reach $1 billion in revenue this year, esports events regularly have millions of dollars invested.

It may be hard to imagine why anyone would want to watch someone else play a video game and have it be as enjoyable as watching Lebron James or Steph Curry play basketball. In the way traditional sports fans watch top athletes compete, the same is true for gamers.

In fact, more people watched the 2016 League of Legends (43 million viewers) world finals than the NBA Finals Game 7 (31 million viewers) of the Cleveland Cavaliers versus the Golden State Warriors.

Although the landscape is fragmented and purely digital, the esports market has shown it is full of monetization opportunities like sponsorships, merchandise, live events, and prize winnings.

“I believe esports will rival the biggest traditional sports leagues in terms of future opportunities, and between advertising, ticket sales, licensing, sponsorships and merchandising, there are tremendous growth areas for this nascent industry” — Steve Borenstein, Chairman of Activision Blizzard’s Esports Division and Former CEO of ESPN and NFL Network

The introduction to live-streaming platforms such as Twitch, as well as major improvements to mobile technology, has allowed for tremendous growth from arcade gaming to global competitions streamed to millions of viewers.

Gameplay viewership operates like traditional television. Broadcasters are equivalent to “channels”, with Twitch alone bringing in over 15 million daily active viewers. These active viewer numbers rival some of the best networks on television today.

Similarly to television, the live-streaming aspect of platforms like Twitch is supported by an ad revenue model.

Sponsorship, large cash prizes, and the promise of viewership in the millions have shaped the landscape into a virtual Thunderdome, where individual players can either stream themselves or join a larger team to compete. Fans watch and follow their favorite teams in global tournaments as substantial investors, tech platforms, analytic groups profit from the ecosystem.

Additionally, Esports is unique in its limited barriers to entry. Traditional sports have limitations. The athlete's height, weight, and strength determine their value to teams. Even the physical spaces are regulated and housed within a bounded area.

However, Esports can level the playing field when games are won based solely on skill level rather than biological and physical prowess. That means more players, which leads to bigger teams and competitions.

Aside from actual game development, designers have a major opportunity to have their hands in the promotion and marketing for esports teams, whether that’s social media campaigns or interacting with fans.

We all know big data and big tech, but how often do we hear big zodiac?

Whether you believe in the “mystical services market” or not makes no difference when the industry is worth an estimated $2.2 billion. In recent years, the practice of astrology and readings have received a millennial facelift and a massive, tech-enabled boost.

Apps like Sanctuary and Co-Star are securing millions of dollars in funding. For $19.99 a month, Sanctuary allows users to receive a monthly one-on-one chat consultation with an astrologer. The app also provides free daily horoscopes and readings.

One of the world’s largest music streaming platforms, Spotify, launched a collection of 12 horoscope-inspired playlists early 2019. “Cosmic Playlists” feature a selection of music chosen with each zodiac sign in mind. The playlists were co-created by Spotify and beloved astrologer Chani Nicholas.

The campaign is designed to grow engagement amongst millennial users, given the growing popularity of horoscope apps and astrology. The playlists are intended to help users reflect on the direction of their lives and used them as a collection of “theme songs” for their month.

Modern astrology sits comfortably between a booming wellness industry and a growing online “hustle culture”. Daily affirmation posts and memes offer consumers with a constant cosmic reassurance once only provided by well-known psychics on daytime television.

Astrology has evolved from the traditional horoscopes, palm reading style of the past. Alt-faiths and age-old beliefs are enchanting new “believers”, showing renewed interest in mainstream channels and on social media networks in particular.

The psychedelic, mystical style of past astrology has faded away with a much cleaner, inspirational nuance taking its place. Visual aesthetics are showing fewer stars with swirls and more hand-drawn illustrations, solid colors clearly designed to resonate with Millennial and Gen Z audiences.

These three high-growth areas were not born yesterday. After steadily growing in popularity and building an audience, businesses in each sector will require quality branding and design strategy to connect with their customers.

In various ways, each of these emerging industries addresses anxieties and concerns about our own health, happiness, and future success. There are limitless ways designers can tap into these trends to find opportunities and create their own success beyond 2020. 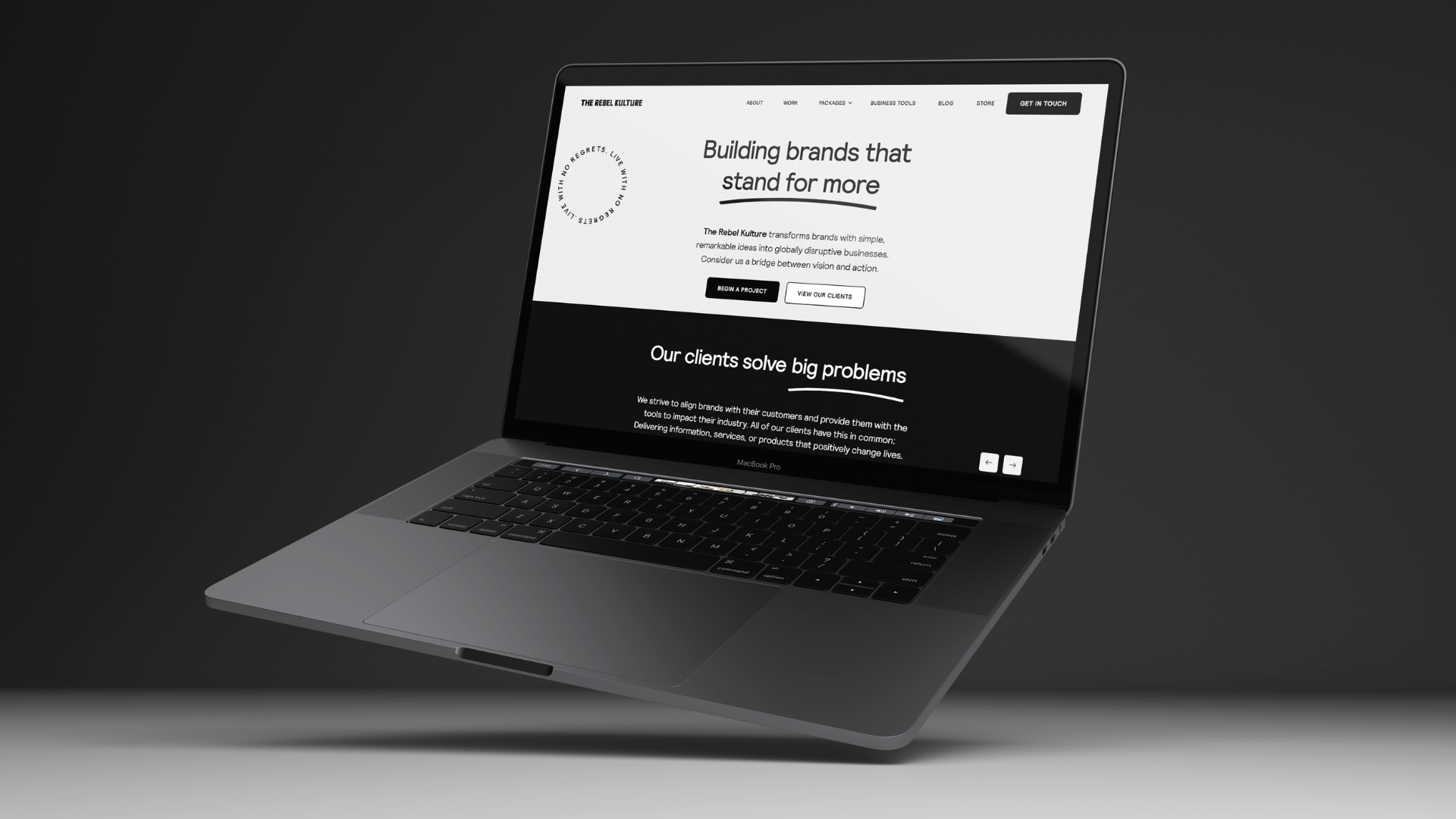 You may have noticed that we updated our look

Showcase your brand in a way you never thought possible 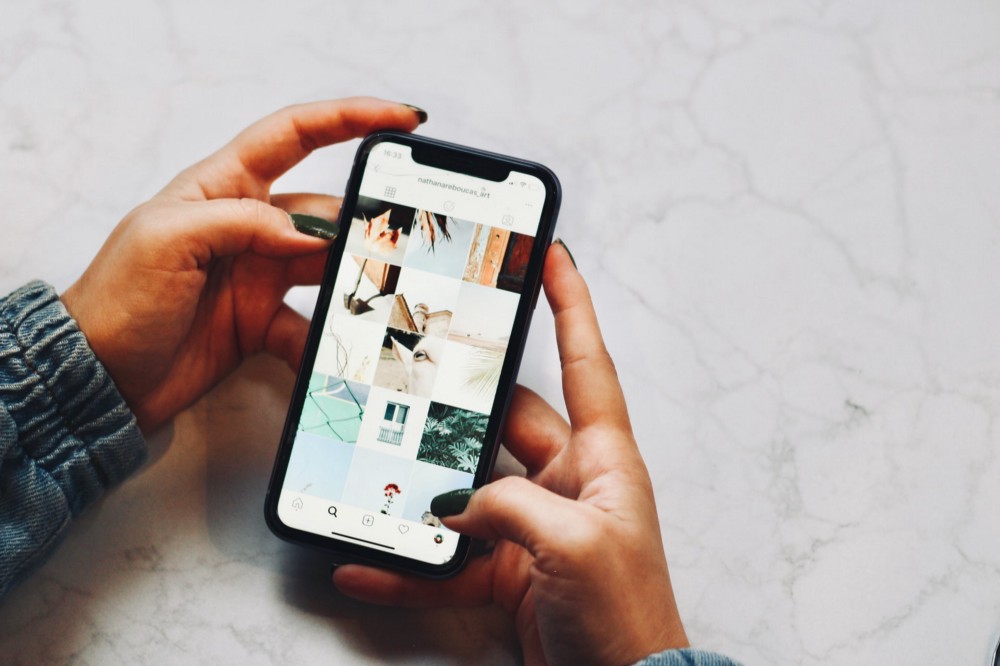 A 5-Point Instagram Checklist for Creators (SAVE THIS)
Social Media

Here are 5 critical points to remember before you hit "share"